What’s up everyone welcome to GeekyNerd, and today we’ll be talking about the Hollywood News Of The Week on the best upcoming movies such as Spider-Man: No Way Home, The Meg 2, The Flash, Spider-Man Into the Spider-Verse 2 – Movie News 2021.

Alfred Molina Confirms His Return As Dr. Octopus in Spider-Man: No Way Home

In an interview with Variety Molina told that “when we were shooting it, we were all under orders not to talk about it because it was supposed to be some great big secrets, but you know it’s all over the internet. I actually described myself as the worst kept secret in Hollywood“.

After confirming his return, Molina strongly suggested that Marvel Studios would be using CGI to digitally de-age him for the film, as it has done in the past with the likes of Samuel L Jackson, Robert Downey Jr, and few others actors too.

Spider-Man: No Way Home would pick up doc ox’s story following the character suppose it death in New York’s East River at the end of Spider-Man 2.

Doctor Strange In The Multiverse Of Madness

Benedict Cumberbatch his original Doctors Strange solo film hit theaters back in 2016. Despite the success of the film, It took several years of the sequel to follow, and even then it hit some snags.

Scott Derrickson exited Doctor Strange too, a few months before production was scheduled to begin. Leading to Sam Raimi replacing him as the sequel’s director.

Production was then delayed due to pandemic, and the film’s co-star, Elizabeth Olsen needing to wrap up WandaVision first.

It wasn’t until late 2020 that Doctor Strange started filming in the UK.

In a recent interview with The Undefeated Kevin Feige confirmed that this is the final week of filming on Doctor Strange in the multiverse of madness.

He mentions that he is in London for the end of production. He gave a huge shout-out to Elizabeth Olsen, who started working on the movie right after finishing WandaVision.

Recent days have seen Wheatley teasing the MEG 2 while he promotes his latest project In The Earth.

When talking to Den of Geek Wheatley confirmed he’s in the storyboarding stages for the shark sequel (The MEG sequel) and called the entire process really exciting.

He couldn’t reveal much more about the plot or the cast, but he did offer one terrifyingly exciting tease. He confirmed that there will be a second Megalodon. The addition of another Megalodon makes sense.

After all, sequels often go bigger than the predecessors, and one way to step up from The MEG would be to double the number of title creatures.

This has happened before, such as with legendaries MonsterVerse 2019 Godzilla: King of the Monsters introduced a slew of new Titans to go up against the titular lizard.

The Mega already includes two Megalodons, there will be ending implies, even more, had escaped from the trench following the first.

It sounds like after several years, The MEG 2 is finally picking up steam. Wheatley recently promised The MEG 2 will have lots of large-scale action, which is exactly what audiences expect from a project like this.

Sony’s Marvel movies are going to make their way to Disney plus, Hulu, and other streaming platforms, but it is going to take some time for them to get there.

Following Sony’s agreement with Netflix, The studio has struck a licensing deal with Disney to send their Spider-Man, Venom, and other Marvel movies to Disney’s own streaming services.

The films will first see theatrical releases, then spend time on Netflix, before heading to Disney plus or Hulu at the time when they would typically head to cable or other linear broadcast programming opportunities.

The Sony films will hit Netflix about nine months after their theatrical runs after their time on Netflix, Disney services will add them in the United States.

The deal begins with 2022 movies, which right now, means it may not apply to Spider-Man: No Way Home, which releases later this year and possibly excludes the previously released Spider-Man Homecoming, Spider-Man Far From Home, and Venom.

Venom: Let There Be Carnage and Morbius is a part of this deal.

Deadline reports that Hannibal star Mickelson has been cast in a mystery role in Indiana Jones 5. The plot of the film and details surrounding Mickelson’s character remain under wraps.

Mangold is set to continue adding to the cast, up until production starts this summer with the director currently meeting with a potential talent for the film.

A new production listing from Production Weekly reveals that SAW 10 is in development. The listing is for assault x, which is likely a working title, rather than a final name for the movie.

There are no further details on the movie, but it is listed as actively in development, confirming it has been greenlit.

The Flash movie has announced the official start of filming in a new video, which has also revealed the hero’s new logo.

The film will continue the story of the DCEU with Ezra Miller’s Barry Allen added center, along with a supporting cast including Sasha Kelly as Supergirl, Kiersey Clemons as Iris West, Ben Affleck and Michael Keaton as two different versions of Batman and Maribel Verdu and Ron Livingston, as Barry’s parents.

The Flash is currently scheduled for release on November 4 2022.

Spider-Man: Into The Spider-Verse 2

Spider-Man: Into The Spider-Verse was one of the most acclaimed films of 2018.

The computer-animated superhero film features Miles Morales as Spider-Man, along with several other avatars of the character.

The movie impresses the audience with its dazzling animation. Following its success, a sequel was announced, and now it has got a new directing team.

Variety has reported that a new directing team has joined Spider-Man: Into The Spider-Verse sequel.

Thank you for reading the post on. Stay tuned for the next update on Weekly Hollywood News 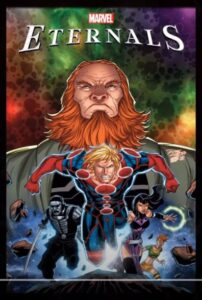