Here are 7 fascinating facts about The Lady Loki. We love Loki, the Norse god of mischief, who is often shown as a male but is sometimes a female.

Loki, the Norse god of mischief, is usually portrayed as a male, but in some stories, he takes on a female form to become the enchantress known as the Lady Loki or the Enchantress.

Now once we get into the weeds of this character’s comic book origins you might start to understand why this version might have a grudge against the Loki we all know and love.

Power of The Enchantress AKA The Lady Loki

Sylvie has mystical abilities that enable her to cast spells, teleport herself and others, and fly. She is also psychically sensitive to others, as well as capable of mental manipulation and telekinesis.

Her mystical abilities also include transmutation, which allows her to transform people into animals. Sylvie can also cast spells, create force fields, and deflect incoming spells with her hands.

In today’s article, we are going to cover the comic book origins in a brief history of the second enchantress Sylvie Lushton.

However, the character in the show does seem to be fairly unrelated to the enchantress of the comics which implies that I think they’re gonna smash a few different versions of the character together.

Following the events of The Secret Invasion, which was a large-scale invasion of the marvel universe by the Skrulls.

There was a significant power shift away from the traditional heroes of the MCU and towards Norman Osborne.

When she died Norman used his success as leverage to massively increase his influence in the Marvel Universe. He took over the Shield replaced it with a Hammer and formed a cabal with a number of villains like Doctor Doom, The Hood, Loki, and others.

Norman even assembled his own Avengers dubbed the Dark Avengers in title only and began acting as the Avengers within the world with the traditional heroes kind of outlawed.

First Appearance of The Lady Loki aka The Enchantress

Sylvie’s first appearance was part of a new group of heroes and the second incarnation of the Young Avengers.

Sylvie Lushton’s first appearance is in Dark Reign: Young Avengers #1 in a story titled Young Masters where we meet an entirely new crew of Young Avengers.

After a robbery, four robbers are shown leaving a convenience store and are immediately met with the New Young Avengers.

However, it quickly becomes very clear that these heroes aren’t exactly in the business of preserving life. The team kills two of the robbers almost immediately. The Enchantress turns another one into a dog. And Egghead puts another into a coma that lasts for 30 years.

After the pretty horrendous and horrific beat down the team heads to a bar to get some drinks and then The Enchantress teleports them all back to an invisible manner. from here it becomes pretty evident that the group of heroes is fairly morally vacuous.

From this point on in order to distinguish the two teams, I will refer to the new morally screwed up team as the Young Masters.

A fight breaks out between the two teams but Melter and Patriot are able to talk their respective units down.

The next few issues really just serve to kind of understand the background of the new characters and to determine if any of them are actually even real heroes.

But in order to keep this article simple, I did want to focus primarily on just the elements that have to do with The Enchantress.

Out of most of the Young Masters, the only two that really seem to want to be heroes are Melter and The Enchantress.

Once Norman Osborne gets word of these new heroes he sends troops disguised as Hydra to test the new team and determine if any of them have value.

The experienced Young Avengers and the Young Masters team-up.

One of the Young Avengers Wiccan is able to determine that there’s something kind of off about Enchantress.

How Sylvie Lushton Became The Enchantress

The Enchantress reveals a little bit about her backstory here and states that she was actually just a regular girl from Broxton Oklahoma and when Thor transported new Asgard to Oklahoma she woke up one day and just kind of had powers.

And a bit later in the series Vision is able to download the results of a test that BigZero and Egghead had run on The Enchantress.

Vision and Wiccan determined from the results of the test that Enchantress could be a massive threat to the magical defenses of the team if allowed to join the Young Avengers.

The Enchantress Became a Threat To The Young Avengers

Why is she a threat to the young avengers you ask, well a bit later we see Norman Osborne speaking with Loki, the actual Loki who is a female at this point in the comics has been reborn in a body made for sith.

Osborne asks Loki if The Enchantress is actually an Asgardian. to which Loki replies that she is and also implies that Loki created her because she wanted to create mortal life.

When Wiccan is informed that the enchantress is a creation of Loki it’s determined that she would relay the Invisible Mansion’s magical defenses back to Loki if she’s allowed to join.

Thus she’s banned from the team.

Eventually, Norman Osborn’s dark avengers come face to face with the young avengers and norman states that he will decide who’s actually an avenger.

This makes Patriot pretty mad as he doesn’t view Osborne as a hero and a fight breaks out that turns into a free-for-all.

Osborne becomes aggravated with the battle and calls in the Century who’s meant to immediately end the conflict.

However, Wiccan, Enchantress, and Code of Arms bind the Century in magical chains and send him away.

Wiccan informs the Enchantress that she’s a creation of Loki and pleads for the enchantress to choose to be good. But instead, the Enchantress is able to teleport the entire Young Master’s team away. And they kind of go into hiding for a little bit.

Ultimately that’s really all I wanted to cover on the character today I didn’t want to take you through her entire history because I don’t think it’ll really be relevant to her character in the MCU.

Within the show, we see that this variant of Loki is extremely hostile towards other Lokis. Telling the main Loki that she doesn’t want to be called by that name and it’s possible that within this multiverse we will learn the origins of Sylvie were due to another Loki manipulating and creating her or some other horrible act.

Thank you guys for reading this article. I hope you learned a lot about the lady Loki aka The Enchantress. 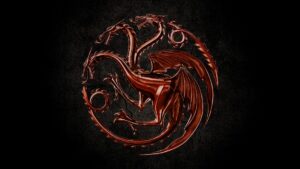 House Of The Dragon(2022): The Game of Thrones Prequel 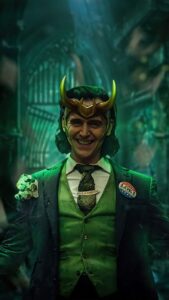 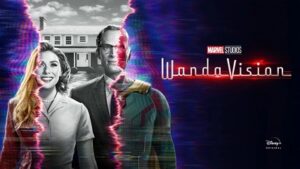