5 good things about KAAGAZ Movie: All the information related to Review | Release | Cast | Songs | Rating will be answered here.

Saying Kaagaz (Paper) is considered the weakest in this world. Sometimes when the wind blows, sometimes it explodes in one stroke.

But on this Kaagaz, a pen is written many times, such a story of life, which is not possible to erase even if desired.

If a government seal is made on paper, then it’s importance becomes more than gold and silver.

Pankaj Tripathi and Satish Kaushik have come together to show the magic of this Kaagaz Movie. Let’s know how many colors you have accumulated

Bharat Lal (Pankaj Tripathi), a resident of Uttar Pradesh, runs his own band. His tune entertains everyone.

But to fulfill his big dreams, he went to take a loan. The decision is certainly that of Bharat Lal’s wife, but Bharat Lal also started daydreaming.

They go directly to the Lekhpal and ask for their rightful land. (There has been talking of giving the land as security to take a loan).

Just speaking this, all of Bharat Lal’s dreams are shattered because he gets to know the truth of his life away from getting the land,

Bharat Lal has been declared dead in legal papers many years ago. He is alive with the body, but in the record, he has died.

Kaagaz has created such a dilemma for Bharat that now he has to give proof of his being alive despite being alive.

Now how will you give proof of your being alive? Will protest, appeal, and later go round the Court-Kacheri.

In this entire battle, a lawyer named Sadhuram (Satish Kaushik) will continue to stand with Bharat Lal.

So will Bharat Lal be able to wipe out this stone line from Kaagaz?

Will Bharat Lal present proof of being alive even after being alive? To know, see the film Kaagaz of Satish Kaushik.

The Kaagaz movie made under the direction of Satish Kaushik is inspired by true events.

The story is of the deceased Lal Bihari, who spent 19 years of his life only to prove that he is alive.

Now Satish Kaushik has embedded his life in his story to a great extent.

In the second half, the story definitely has some hiccups, diverts from the direction, and also bores. But as a film, the story managed to tie for 1 hour 50 minutes.

Talking about Satish Kaushik, he also directed as well as acted in the Kaagaz Movie.

In the case of acting, Satish Kaushik will be given full numbers because every time he has supported the sliding story on his own.

At the same time, his direction can also be called good. Making a film on someone’s life is a different thing and presenting those events in the right way is different.

In such a situation, there are many such scenes in the Kaagaz Movie that you will be surprised to see.

To contest elections – to lose, to kidnap – to the FIR, these events will definitely affect you.

Salman Khan and Satish Kaushik‘s narration will also be heard in the Kaagaz Movie.

The poem narrated by Salman will sound good, but Satish’s narration sounds a little like any show of ‘community radio’.

Many times a thing is understood without saying anything, in such a situation, so much narration in the paper is going to be a waste of time.

All the songs have also been put in the Kaagaz only to prove that a Bollywood film has been made.

But listening to them will only be gritty. This Kaagaz can be seen once for an interesting story and the acting of Pankaj Tripathi.

Kaagaz movie releasing on 7th January 2021 in selected theatres in Uttar Pradesh. This movie will also be available on Zee5 official app.

When the name of Pankaj Tripathi is associated with the film, it seems useless to talk about acting.

He never act. He only live that character from top to bottom.That practice of Pankaj continues in the Kaagaz.

Playing Bharat Lal, Pankaj Tripathi has created a mutiny. In this role, only ‘yearning’ and ‘dilemma’ need to be shown,

and Pankaj Tripathi said to be successful in doing the work.

Monal Gajjar in the role of Bharat Lal’s wife has also been fantastic. She has deposited his chemistry with Pankaj in the best possible way.

5 Reasons Why Tandav is in Controversy 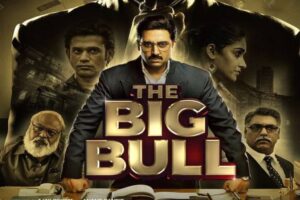 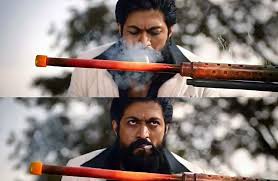 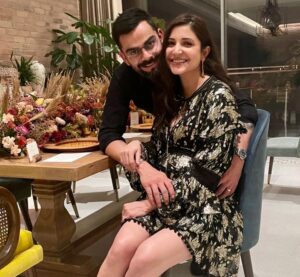